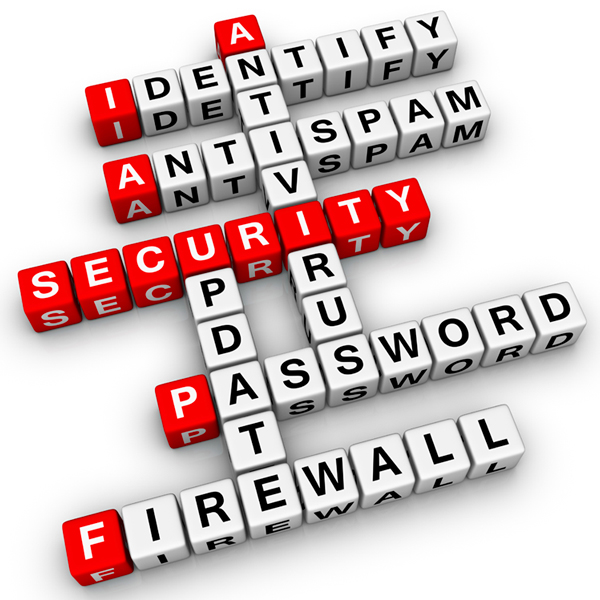 The following unlucky seven were subject to substantial fines. The costs associated with defending the audit, negotiating the settlement and the cost of implementing the invariable forward-going consent agreements/corporate action plans (CAP), however, are separate and above (and often higher) than the reported fine.

These cases range from relatively small to admittedly large breaches, from the unlikely event to situations that could happen to any entity without implementation of well thought out and vigorously monitored policies and procedures.

In my next post, I will detail one of the most burdensome consent agreements I have ever seen, namely, the Corporate Integrity Agreement between the Office of Inspector General of the Department of Health and Human Services and Nason Medical Center.

It is evident that the ever increasing enforcement of HIPAA and the Omnibus Rule, as well as both the increased use of electronic data and the commonplace reports of mass data breaches are forcing Covered Entities (CE) and their business associates (BA) to increase the resources dedicated to compliance with the Omnibus Rule.

The Denver compounding pharmacy will pay this fine after HHS learned of the potential HIPAA violations from a television news report that PHI was improperly disposed of after a garbage dumpster with un-shredded PHI was discovered. Cornell also agreed to develop and implement a comprehensive set of policies and procedures to comply with HIPAA rules, and to provide staff training. OCR Director Jocelyn Samuels stated that “Regardless of size, organizations cannot abandon protected health information or dispose of it in dumpsters or other containers that are accessible by the public or other unauthorized persons.”

Malware compromised the security of ePHI due to a failure to update software patches as well as unsupported software.

HHS Office for Civil Rights (OCR) received notification from ACMHS, a non-profit, regarding a breach of unsecured electronic protected health information (ePHI) affecting 2,743 individuals due to malware compromising the security of its information technology resources. It was later determined that ACMHS had not timely installed patches to its software as mandated by its very own policies and procedures. The takeaway is that entities are not only required to follow the regulations, but they are also being held accountable for compliance with their own policies and procedures.

OCR opened an investigation after receiving a complaint from a retiring physician alleging that Parkview had violated the HIPAA Privacy Rule. In September 2008, Parkview took custody of medical records pertaining to approximately 5,000 to 8,000 patients while assisting the retiring physician to transition her patients to new providers, and while considering the possibility of purchasing some of the physician’s practice.  On June 4, 2009, Parkview employees, with notice that the physician was not at home, left 71 cardboard boxes of these medical records unattended and accessible to unauthorized persons on the driveway of the physician’s home, within 20 feet of the public road and a short distance away from a heavily trafficked public shopping venue. Parkview entered into a one year corrective action plan without admission of any wrongdoing.

An investigation revealed that a breach was caused when a physician employed by Columbia University Medical Center who developed applications for both New York  Presbyterian Hospital  and CU attempted to deactivate a personally-owned computer server on the network containing NYP patient ePHI. The noteworthy point is that it seems that the person who caused the breach had all the right intentions but the result was catastrophic.

Because of a lack of technical safeguards, deactivation of the server resulted in ePHI being accessible on Internet search engines. The entities learned of the breach after receiving a complaint by an individual who found the ePHI of the individual’s deceased partner, a former patient of NYP, on the Internet. Another noteworthy point is that knowledge of a breach is often only discovered by the breaching entity after receiving reports from third parties. This general situation was confirmed to me by an FBI cybercrime agent.

In addition to the impermissible disclosure of ePHI on the Internet, OCR’s investigation found that neither NYP nor CU made efforts prior to the breach to assure that the server was secure and that it contained appropriate software protections.  Moreover, OCR determined that neither entity had conducted an accurate and thorough risk analysis that identified all systems that access NYP ePHI.  As a result, neither entity had developed an adequate risk management plan that addressed the potential threats and hazards to the security of ePHI.  Lastly, NYP failed to implement appropriate policies and procedures for authorizing access to its databases and failed to comply with its own policies on information access management.

NYP has paid OCR a monetary settlement of $3,300,000 and CU paid $1,500,000, with both entities agreeing to a substantive corrective action plan which includes undertaking a risk analysis, developing a risk management plan, revising policies and procedures, training staff and providing progress reports.

OCR opened an investigation following a reported breach that an unencrypted laptop containing the ePHI of 870 individuals was stolen from one of its facilities, the Springfield Missouri Physical Therapy Center.

The investigation found that Concentra had previously recognized, in multiple risk analyses, that a lack of encryption on its laptops, desktop computers, medical equipment, tablets and other devices containing electronic protected health information was a critical risk.  While steps were taken to begin encryption, Concentra’s efforts were “incomplete and inconsistent over time,” according to an HHS press release, leaving patient PHI vulnerable throughout the organization.

Essentially, Concentra did not sufficiently implement policies and procedures to prevent, detect, contain, and correct security violations under the security management process standard when it failed to adequately execute risk management measures to reduce its identified lack of encryption to a reasonable and appropriate level from October 27, 2008, (date of Concentra’s last project report indicating that 434 out of 597 laptops were encrypted) until June 22, 2012 (date on which a complete inventory assessment was completed and Concentra immediately took action to begin encrypting all unencrypted devices).

Concentra did not make any admissions of liability but entered into a CAP – corrective action plan.

An investigation of Adult & Pediatric Dermatology was initiated upon receiving a report that an unencrypted thumb drive containing the electronic protected health information (ePHI) of approximately 2,200 individuals was stolen from a vehicle of one its staff members. The thumb drive was never recovered.  The investigation revealed that A&P Derm had not conducted an accurate and thorough risk analysis as part of its security management process.  Further, it did not fully comply with requirements of the Breach Notification Rule to have in place written policies and procedures and train workforce members. It did not admit liability and entered into a CAP.  The takeaway is that the use of thumb drives to store ePHI is inherently problematic and the use of unencrypted storage devices is courting disaster.

OCR’s investigation indicated that Affinity impermissibly disclosed the protected health information of up to 344,579 individuals when it returned multiple photocopiers to a leasing agent without erasing the data contained on the copier hard drives. In addition, the investigation revealed that Affinity failed to incorporate the electronic protected health information stored in copier’s hard drives in its risk analysis as required by the Security Rule, and accordingly failed to implement policies and procedures when returning the hard drives to the companies from whom it leased its copiers.  Affinity did not admit liability and entered into a short term CAP.  The takeaway is the required scope, detail and individual nature of the required risk analysis.

An attorney, visionary and entrepreneur admitted to practice in New York, New Jersey and Florida who has represented and counseled clients with nationwide interests in many areas of the healthcare arena.

The use of ePHI is growing exponentially, the likelihood of a breach is ever increasing, and the regulating authorities are ramping up their audit/enforcement programs.  Covered Entities (CE) and Business Entities (BA) must understand the importance of maintaining the integrity of ePHI, compliance with the relevant regulations as well as thoroughly understand the potential consequences for non-compliance.