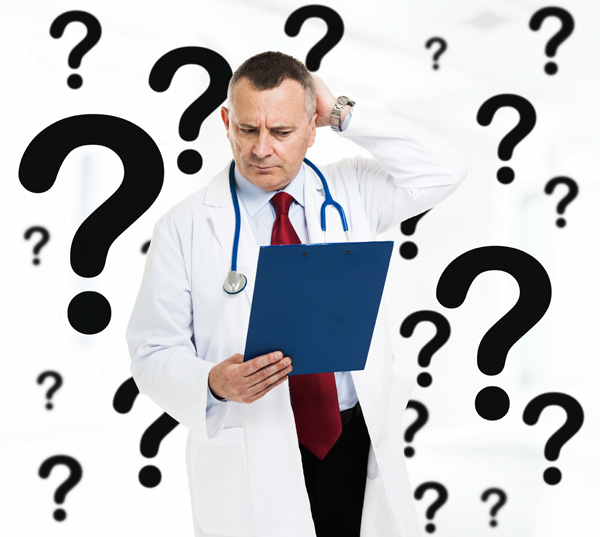 A central component of healthcare reform in general and the ACA in particular is creating new efficiencies in the system. It is readily apparent that the powers-that-be believe that if enough data is aggregated and crunched, new (and almost unimagined) efficiencies will be obtained.

The fact that too many doctors are complaining that their time and energy is being misappropriated from patient interaction and clinical care to administrative functions seems to be the cost of doing business. A real question is if the cost of aggregation of data and the ultimate hope for efficiencies are worth the distraction that doctors are complaining about. In particular, my question is if diverting doctors from today’s clinical care and a climate of reduced reimbursement is worth the expected efficiencies (projected lower future costs.)

I believe, however, that there is a second more important question which speaks to apparent differing views of the practice of medicine.

The traditional view seems to have been that while, on the one hand, medicine was driven by science and research, breakthroughs in medicine were driven by these scientific breakthroughs, new medicines, the development of new medical devices, and new treatment methodologies, on the other hand, there was also a significant overlay of intuitive medicine. The traditional view thoroughly embraced the idea that medical treatment was determined by a physician’s innate ability to integrate numerous facts, assess what they heard from the patient, compare it with their objective findings and arrive at a diagnosis and a course of treatment.

The modern ( governmental) view seems to embrace a philosophy that medicine can be broken down into drop-down screens (of which a doctor must choose) and an ever increasing level of diagnosis and treatment codes so that the aggregation of data (and in this case, the patients) must fit into highly defined predetermined slots.

As a small example, I decided to take an illustration of what I thought was already a very limited diagnosis for depression or anxiety in ICD-9 and show what it has morphed into with ICD 10. Frankly, doctors will now have to choose a needle in the haystack in order to better accommodate our apparent need for very detailed classifications for data aggregation.

Z63.1 – Problems in relationship with in-laws
This is the ICD 10 code

Other related ICD 10 codes that are similar

The answer is unfortunately, there is more to be said because there are a number of potentially problematic outcomes:

One might argue that the position I’ve taken is too extreme because doctors can always write notes. The fact that these notes will not go into the data aggregation/reimbursement model is not of primary importance.

The problem is that even the proponents of a paradigm shift in the practice of medicine recognize that it is important to have doctors’ notes. In fact, they already realize that in certain cases (as in home care ), we need very detailed and specific notes of the doctors’ encounter with the patient who seemingly needs home care.

In an effort to reconcile the need for detailed notes and the extreme interest in uniform data, CMS made significant changes to the face-to-face encounter documentation requirements by eliminating the physician narrative requirement for most home health services for care episodes beginning on or after January 1, 2015. In making this change, CMS stated that the medical records of the certifying physician or the acute/post-acute care facility (if a patient in that setting was directly admitted to home health) must contain sufficient documentation to support the physician’s certification of patient eligibility for home health services, and to that end they have supplied a template with very detailed notes when the doctor has to check the box.

For those of you who are not able to, or choose not to follow the link, it is a five-page document requiring the patient’s biographical data, and a check-the-box substitution of what would otherwise be very detailed notes.

As early as 2011, IBM was working with their supercomputer “Watson” towards the ultimate goal of having the machine which beat Jeopardy experts accurately formulate diagnoses. Reports from 2011 indicated that even at that time, there were already computer programs that were far better at diagnoses than Watson.

Are we heading towards a day where rather than seeking a referral from a doctor to a specialist, patients will go to their computers, enter their symptoms and be given a diagnosis and either a prescription or a referral to a doctor?

I know this sounds far-fetched, but on the other hand, if it does happen I’m sure people will look back and say the writing was on the wall.

I am fearful that this is the wave of the future, that the age-old intuitive medicine will be replaced by a national medical practice driven by algorithms, artificial intelligence, statistical analyses and computer science, which will be boiled down to the digital/ministerial practice of medicine. Patients and/or doctors will be taking direction from machines.

I hope I am wrong.

If you think this article is worthy of comments, please share it with your connections.